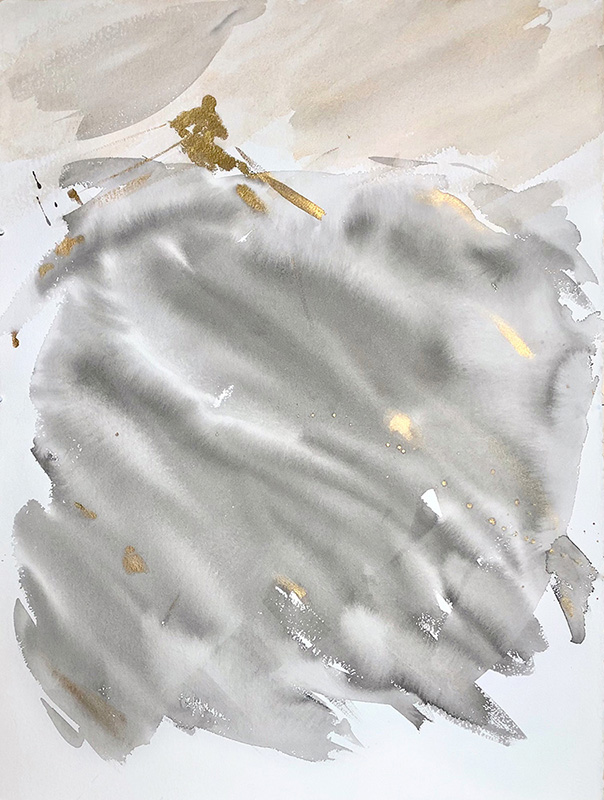 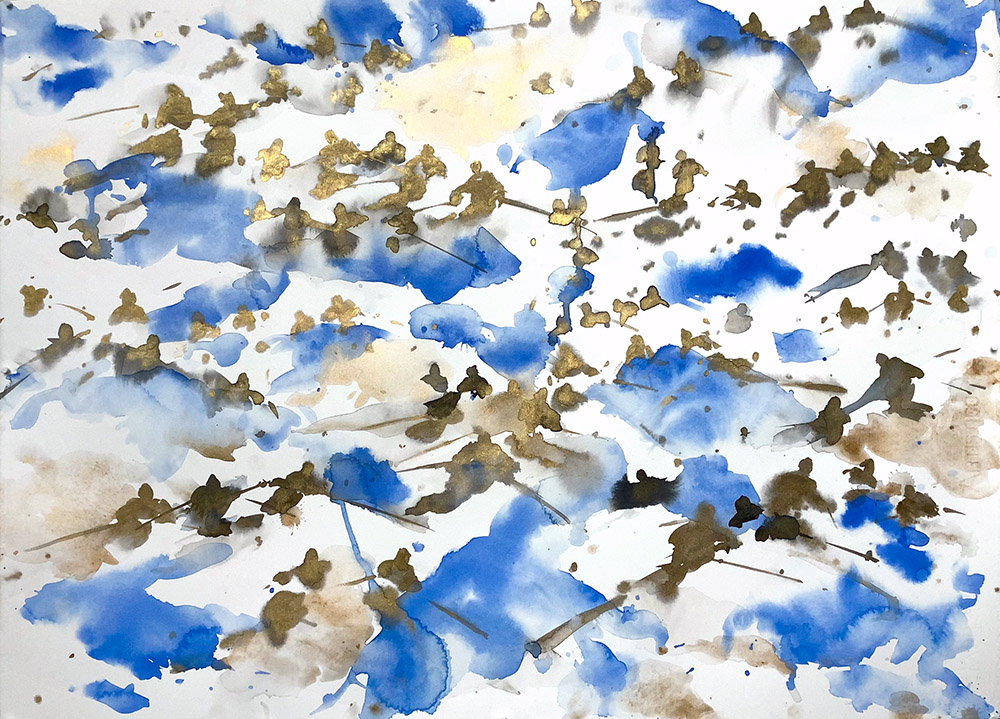 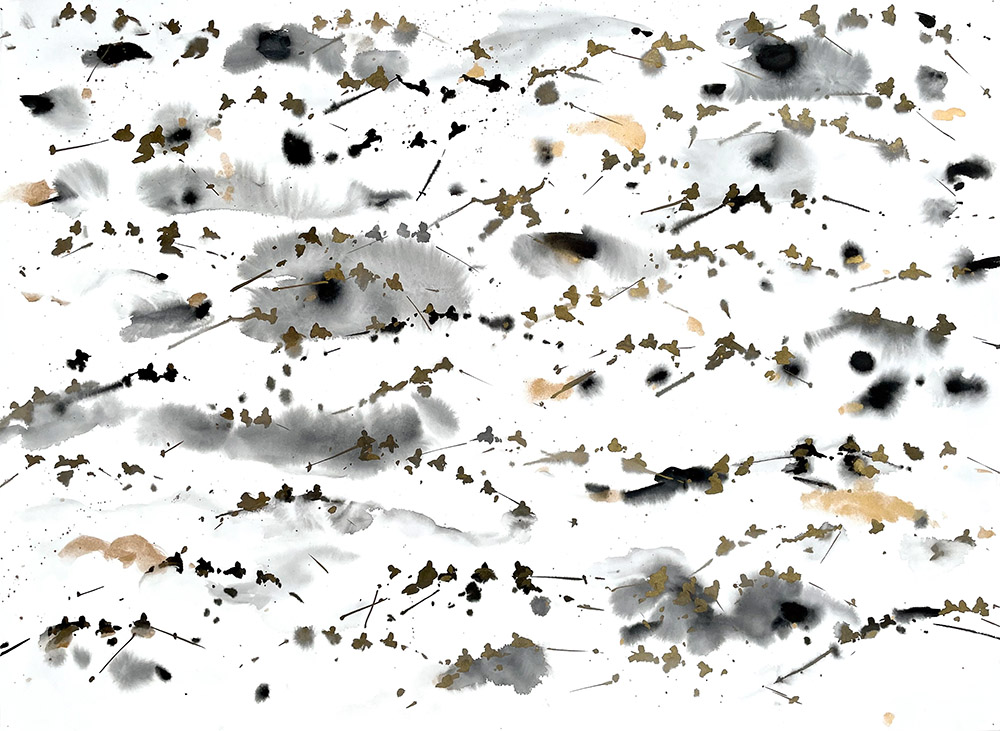 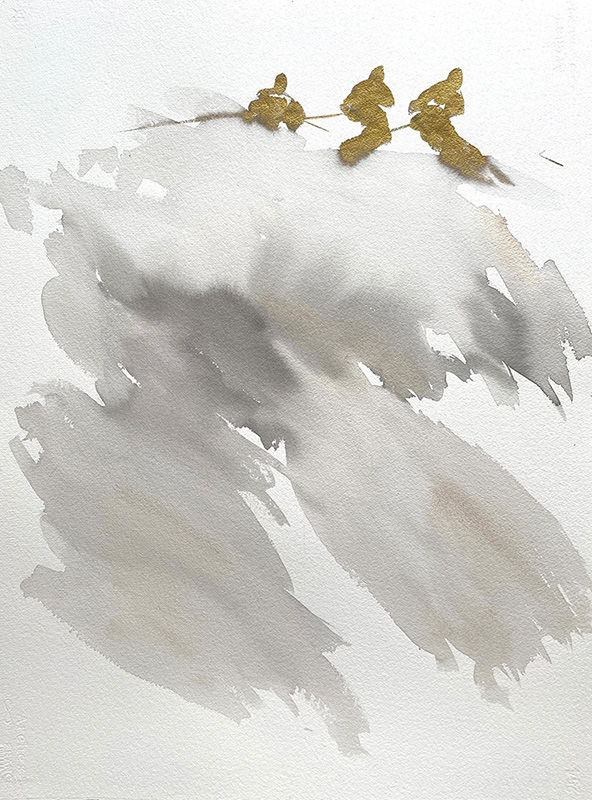 This series of paintings was made from January until end of March 2021 in Val d’ Isère,1850 metres, France.
As the ski lifts remained shut, the only access to the high mountain slopes for sports, was by climbing up through the snow, in my case by ski touring. The mountain was untrammelled as never before and this period was far removed from the frenzy of a normal winter season.

Successive snowstorms, bearing exceptionally large amounts of sand from the Sahara, formed patterns and ‘tricked’ the eye with unusual colours and textures. The storms deposited and often pummelled sand into the slopes from orange-gold, dust laden skies. On fine days the suspended particles produced a floating, mysterious golden sheen over mountains.

I knew I was witnessing a unique conjunction which may never occur again, owing to the exceptional meteorological conditions, Covid 19, and the closure of the mountain.

During long climbs up, obviously I had plenty of time to absorb and experience these phenomena, as if I were becoming a physical part of them. This was then translated into painting, where I aimed to fix my sensations and observations.

In the layout and subject, references have been drawn from much earlier works. In the new works, I endeavoured to be bolder in the way I used way the choice medium, which seemed to liberate patterns from my subconscious – allowing me to give denser, and more dreamlike representations than in the earlier works.

Notes on technique and medium:
The materials used are gouache, ink, and a restricted palette on two different types of heavy paper measuring 76x56cm. All of the works use gold gouache. The gold is mixed in varying degrees with Indian ink and the gouache. These mixtures give an array of subtle tones and also produce exciting, reflective colour suspensions. On grained paper the reflection of fine mica particles in the gold gives a subtle impression of relief. On satin paper, the paper’s high absorbency allows for fluid merging of colour and pattern making.