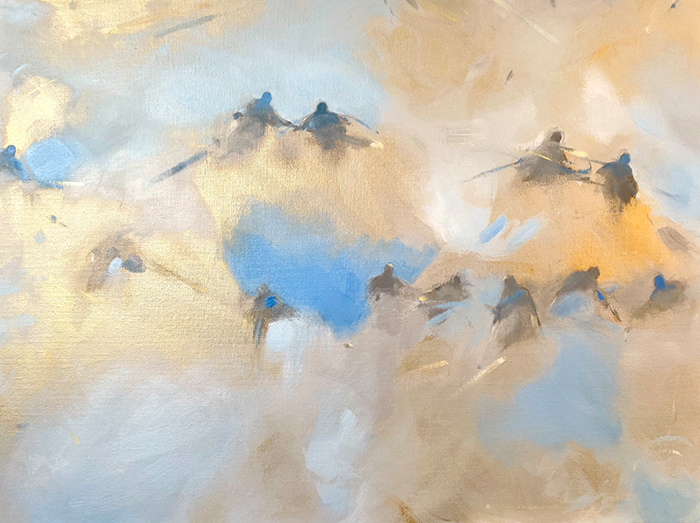 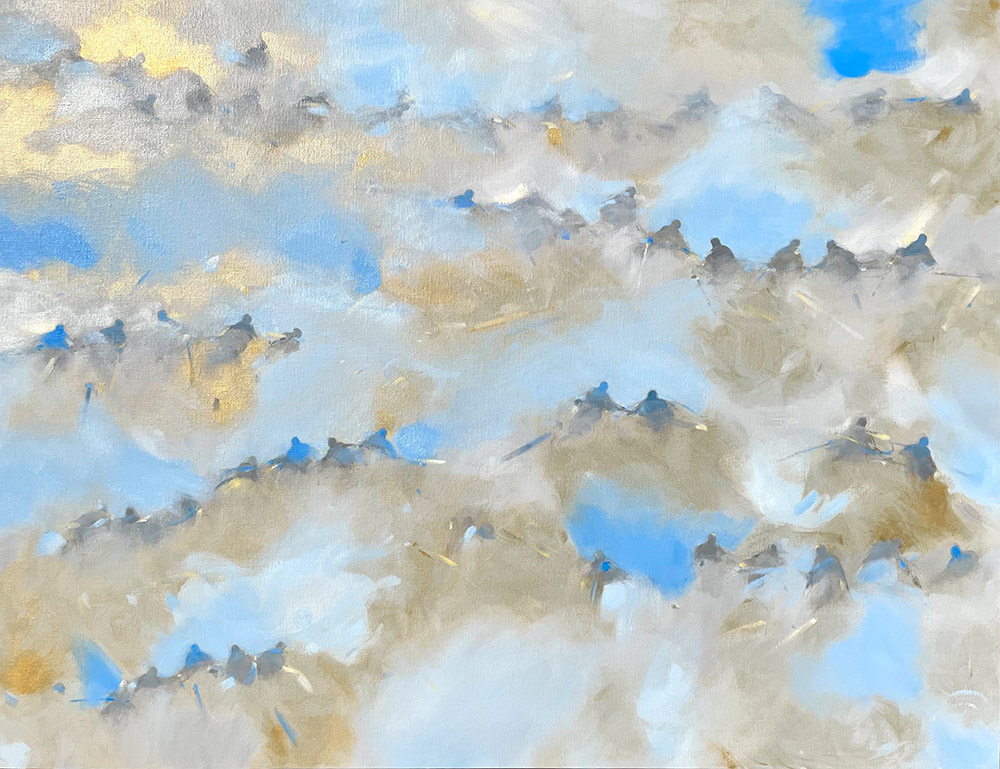 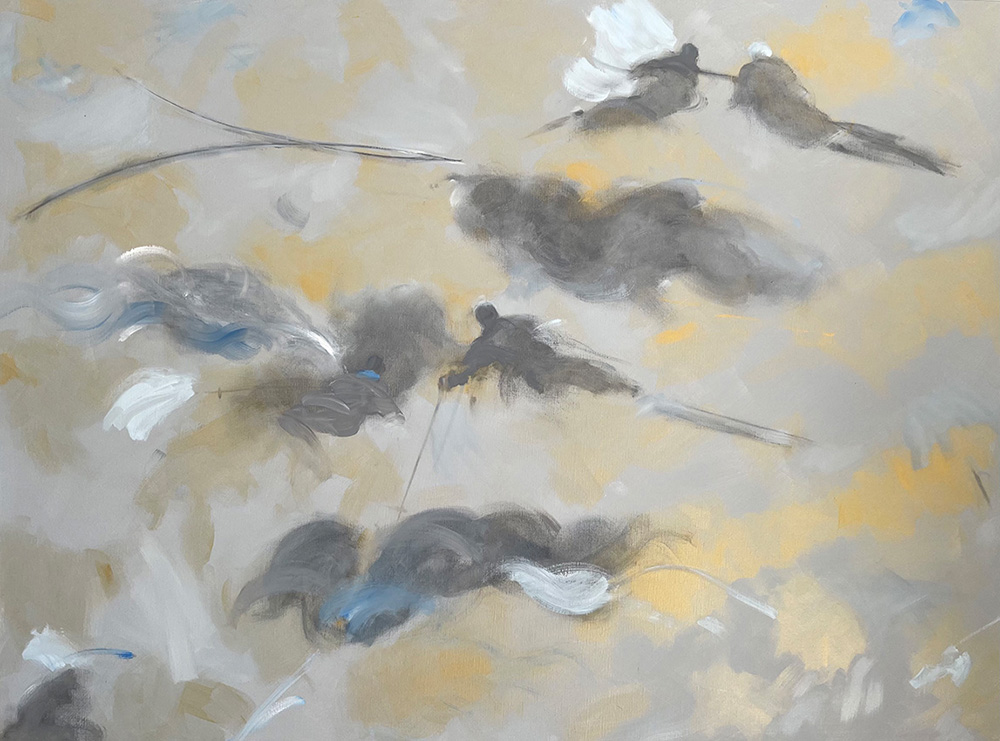 In Zoë Kronberger’s new series of paintings, inspired by the celestial glories of the late baroque masters such as the Venetian Giovanni Batista Tiepolo (1696-1770), the spirits of music, dance, art and sport are united through their common basis in the exuberant, almost ecstatic movement of the body — specifically in the case of painting, the hands. The merest twist of the wrist behind a brush laden with just the right amount and consistency of paint (like a perfectly timed pole plant in skiing) creates a darting or rising figure, part of a cloud-borne, heavenly host, descending from on high and transcending the norms of gravity. Amid beams of golden sunlight and openings into distant cerulean blue, Kronberger’s figures revel in the ethereal sensations to be had as the body frees itself from the trammels of the dark earth. (In the best of off-piste skiing, after all, the pleasure comes from being actually cushioned and bouncing on aerated powder snow.)

Blue and gold were the most luxurious colours of the early modern era, often reserved for sacred subjects in art that were intended to enrapture the viewer, flourishing spectacularly during the baroque era of the seventeenth and eighteenth centuries. Some of the resulting treasures are to be found in the church interiors that Kronberger has studied, including those near her homes in the Vaucluse and Val d’Isère. The body has no hard boundaries between its various capabilities: our subdivisions of human action into different named activities and styles, each with different cultural statuses, are of course social constructs.

Zoë Kronberger’s ability to reunite the disciplines of body and mind through her explorations and discoveries in the dynamics of painting are testimony to her mastery of her medium. 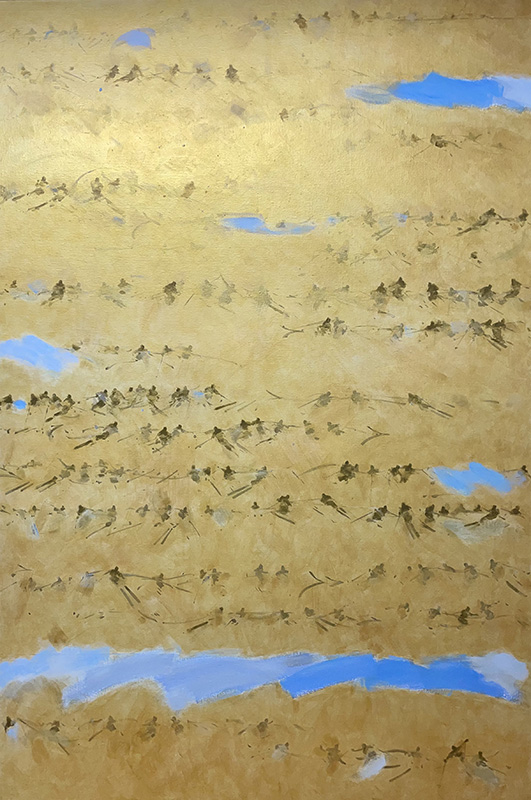