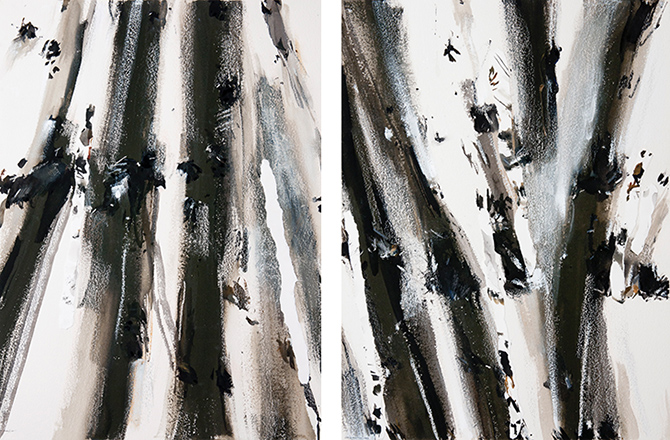 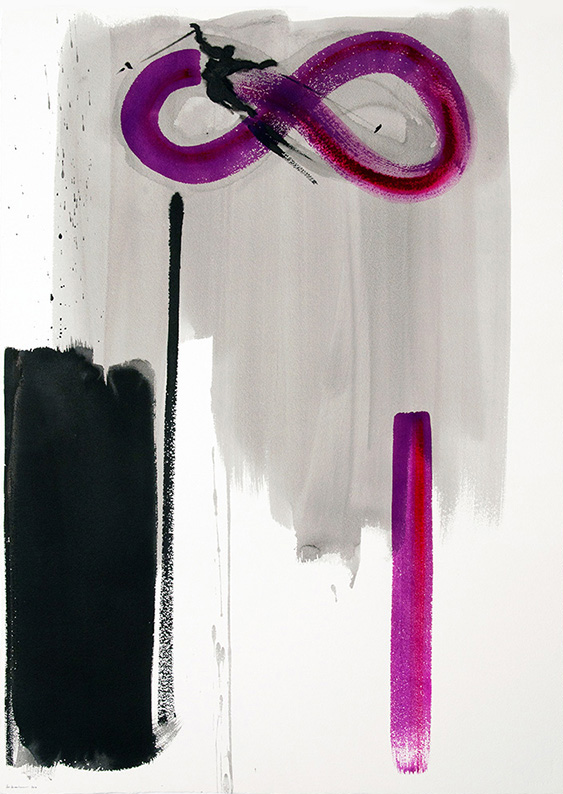 Painters use paint not only to make pictures, but also to create often unpredictable analogues of physical processes within the natural world. Thus, brushwork can become an adventure in modelling (and therefore ‘being’) things such as water, cloud, or a moving human body. In Zoë Kronberger’s Spill, an Alpine landslip of snow, rock and mud, made in a series of almost violent downward strokes, mimics the actual melee of pigments that increasingly streak our warmed, softened mountainsides. From that point it is a small step, as the great English painter J. M. W. Turner began to find out, into abstraction, and being engulfed by the sheer rapture of paint, without reference to the world of appearances, or even the preconceptions of the mind’s eye. How such a fine line between form and referent is negotiated remains much of the art of painting.

Zoë Kronberger strides confidently along that edge. True to her partly scientific upbringing (her father was a nuclear engineer and a fellow of the Royal Society), she conceives of her task within a continuum of energy and matter. Mountaineering is also in her heritage and she is herself a keen and accomplished skier. She speaks of forces and is thrilled by taking risks in painting, of stepping off onto the blankness of the paper or canvas. However, her work retains balance and poise that any climber, skier, dancer or musician must possess in order to perform, and therefore to live. It is only by testing our limits that we are able to grasp the infinite.

In her Stretching Infinity, the scientific sign for infinity sports a gleeful skier at its centre, who is engaged in creating arcs, the starting-point of Euclidean geometry by which nature has perennially been described, and classical structures and artworks created. She often works quickly, within the moment of improvisation, contained only by the combined flow of mind, hand and medium, when there is no option but for everything to come together. Though she often depicts the sublime landscape of her Alpine winter home, her work is essentially about the exhilaration, and sometime terror, of human realization and creation. “It’s about what you’re feeling,” she says, “not what you’re seeing. You’re certainly going to feel the void.”